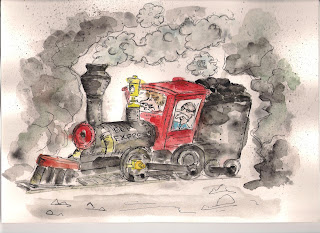 The Excalibur Code By Robert Bullock

The Excalibur Code is second of the Lavender Blake books. After saving the world from total destruction in the Prophesy of Blood, the time travelling teenager is once again thrown into a fast paced chase to trace the whereabouts of the sword that will finally end all bloodshed and crown the true King of England and France.


Whilst holidaying with her grandmother in south west France, Lavender nips out early one morning to collect the daily bread from the village boulangerie only to take a short cut almost one thousand years into the past! In fact to Autumn 1169! Whilst the baguettes and croissants are still warm in her hands, Lavender is thrown into a bloody battle in the ancient Duchy of Aquitaine.


Hearing cries and screams from an old alleyway just off the Rue du Quatorze Juillet, Lavender rushes to investigate. A horrific scene meets her eyes as she almost runs straight into some wooden gallows! A young boy has been captured by a rebel faction and is about to be hanged for reasons unknown to her.


As the battle commences Lavender has one chance, one split second to decide, save the boy or let him hang! Lavender hasn’t a clue who the boy is. He looks about her age, 13, but Lavender is an experienced time traveller and she knows that, in the past, ages were deceptive! But all life is important to Lavender and she can’t just stand by and let this happen!


Little does the time traveller know that she’s about to save the life of one of the most famous people in history.


As Lavender shouts out in her excellent French to the boy with the noose around his neck , he answers like a English schoolboy just learning French, in a bizarre mixture of English and French words! Except for a handful of loaves and pastries Lavender is unarmed but that's never stopped her before.


Amidst the violence, Lavender hastily bribes a greedy mule over to the gallows with a croissant, she pulls out her Swiss army knife and quickly cuts the noose free from the boys neck. Little does she know that she has freed Cœur de Lion himself, Richard I, otherwise known as Lionheart, to follow his destiny, a journey that begins with solving the Excalibur code!

A big thank you to all the staff and children at Forest Park School in Cheshire. I had a brilliant time and the children produced some amazing work!
Some highlights were the effective listening of the kindy children, the brilliant creative writing produced by Years 1 & 2, the way the year 3’s and 4’s wrote superb scripts for their Sam Marsh plays and how well years 5 & 6 acted out their own plays with real flair and enthusiasm! Fantastic!
Posted by Rob Bullock at 17:41 No comments: