It's always amazing to get brilliant feedback from teachers, parents, children and creative writers!

“Will you come back to our school with another of your books?”

“Can we book you again next spring?”

“Our SMT would like you to come back to our school before the end of the summer term and work with our exceptional children.”

“I’ll definitely recommend you to other teachers!”

"Will you run some more of these workshops using Rob?"

"My school would definitely be interested in you visiting!"

"The children learnt so much during the drama sessions!" 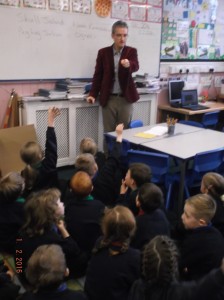 Prince was one of my musical heroes. So talented, so creative, so unique. I saw him live over twenty years ago and it was one of the most amazing nights of my life. A sad loss for the world. 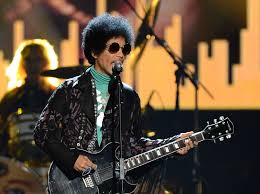 Last week I had an amazing couple of days working as the writer in residence at Armley Mills Industrial Museum in Leeds as part of their brilliant Women Work War exhibition, encouraging visitors (children and grown ups!) to use their knowledge of WW1, any personal information and information from the exhibition to create stories/poems. I met some brilliant writers, discovered some amazing personal stories and read some exceptional creative writing (some excerpts below). I even met Barry, who used to work at Barnbow (WW1 National Filling Factory No1 and featured in my up and coming book) in the 1970's when it was a tank factory. A huge thank you to Cara for inviting me and making the events run so well. Can't wait to be invited back!

http://www.leeds.gov.uk/museumsandgalleries/Pages/Women-Work-War.aspx
Starting work at the munitions factory by Sophie.
“Jane, you have to come and work at the factory,” Jane’s mother had been working at the munitions factory for ever. She’d seen her father go off to fight at the front with his ‘Pals’ and her mother wanted Jane to be part of the war effort.
“Why?”
“What do you mean, why? You don’t have a choice!” Mother was angry, “tomorrow morning at six you’re coming with me and Eleanor!”
Jane couldn’t sleep that night. She had heard terrible stories about what happened in the factories but she told herself not to be so selfish. Others were at war, fighting in France and doing our nation proud…
Room 42 – By Cara.
Teeth chattering.
Clogs clattering.
Whistle blowing.
Girls moaning.
Doors opening.
Machines whirling.
Wheels squeaking.
Metal clanking.
Ears drumming.
Chairs scraping.
Mugs clanking.
BOOM!
Girls silent.
Early Morning shift by Sue
5.30am. It’s cold and dark, “do I really have to get up?”
“Yes! My shift’s starting soon.”
I’ve just started working at the Barnbow Munitions Factory. I arrive at a huge building and am greeted by dozens of women and girls. They are all chatting about their husbands and kids. I feel shy but Elsie, a huge woman, takes me under her wing.
“Why are there so many buildings, Elsie?” I ask.
“Best not to know, lass.”
I am suddenly filled with unexplainable dread. Even though this is my first day I’m afraid about what’s inside the buildings, But I know I have to go in because I’ve got younger brothers and sisters to help support while Dad’s away fighting.

The Mud. By Barry.
The mud was so deep that it came over my boots. My socks never dried out. On dry land the first thing you did was dry your socks out but as soon as you stepped back in the trenches they were soaked through again.
That damn mud got everywhere. In your food and in your hair and even in places covered by layers. I hate the mud.

Bombed city by Zach
“What was that noise?” the ground shook beneath their feet. Panic quickly spread like a forest fire as everyone expected worse to come.
Minutes went by as silence reined in the city. Everyone was safe.
But the city was different almost unrecognisable to just a few years earlier as everyone did their bit for King and Country. Women doing men’s work, children collecting scrap metal, the men far away.

The trench by Ahmed.
“ZIP! A German bullet whizzed passed Thomas’s head and a neighbour crumpled to the ground.
With his foot wedged into the side of the trench Thomas took a pot shot across no man’s land. He heard a feint thud and looked through the barbed wire to see medics fumbling with an injured soldier. He felt devoid of remorse even though he knew he’d just created a widow.

WW1 Football Match by Ibtehal.
It was Christmas day and the atmosphere was different to yesterday. It felt calm, peaceful almost.
“What should we do?” thought John before saying to David, “I’ve got an idea for how we can lift everyone’s spirits!”
“How?” asked David.
“FOOTBALL!” replied John loudly, too loudly.
“FOOTBALL!?  Yelled a voice from across no man’s land.
“Yes!” replied John, “football!”