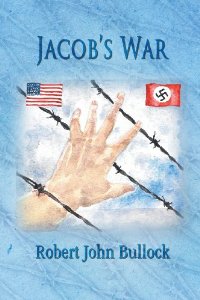 Teacher feedback for a brilliant Year 5 workshop in Leeds!

Just a quick note to say thanks for your visit (St Urban's, Leeds). My class really enjoyed it and 3 of them (plus me) actually bought the book off amazon afterwards.

I thoroughly enjoyed it and look forward to the sequel (I'm assuming that's what you meant by that last line).


So many teachers want to work with Noah Ramsbottom and the Treasure of Skull Island.

There are weeks of lesson plans available in the accompanying PDF which is available when schools book an author visit.

Below is just a short example of what you can do with the book which is aimed at Years 2 - 4. 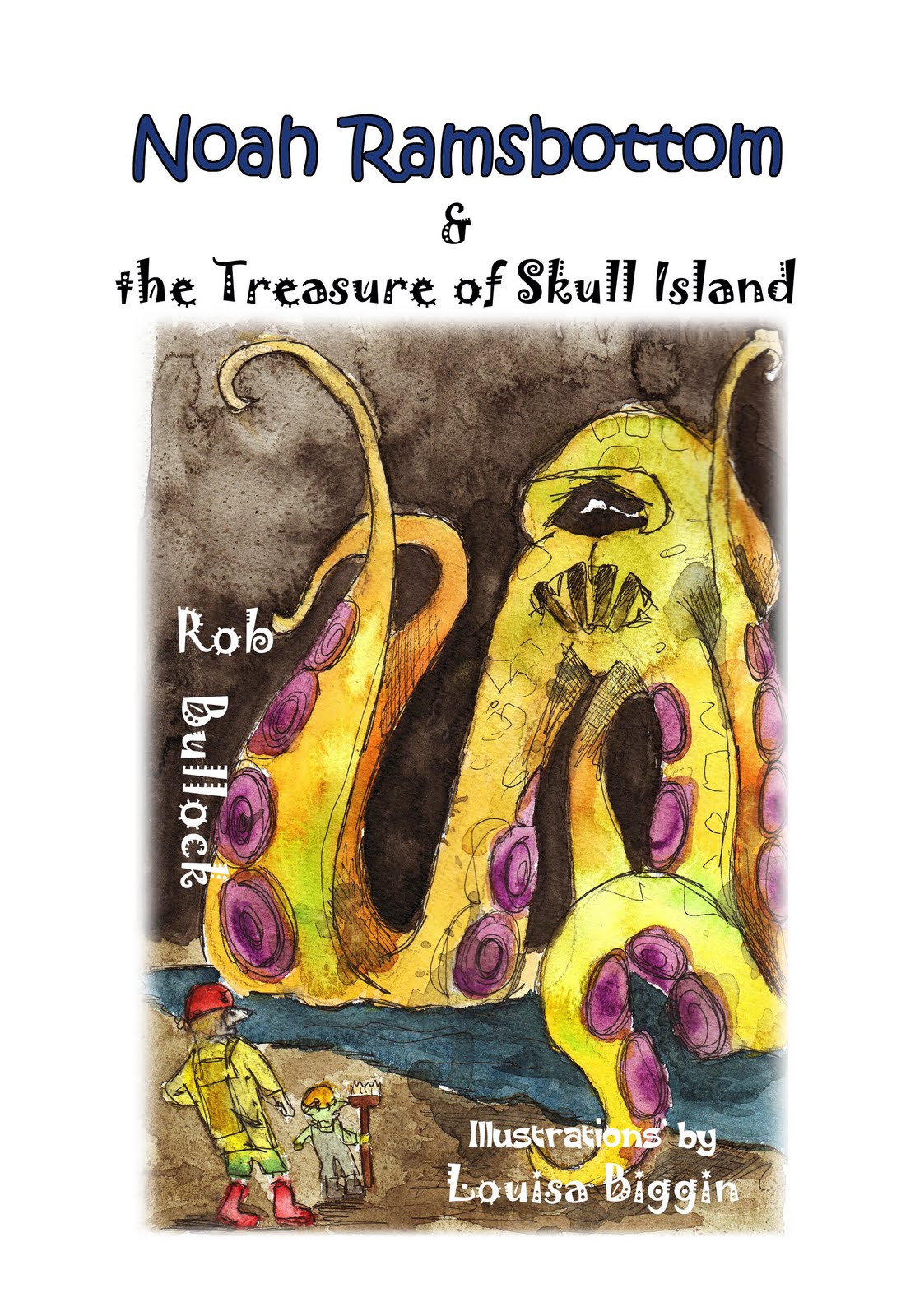 SECTION TWO
Guided Reading
First Reading
Look at the cover of the book and ask the children what kind of story this will be (adventure, humorous,
magical). What does the picture convey? (A huge sea monster, a boy and a tiny elf with a brush!)

Read the blurb on the back cover. Where is the real start of the adventure (In the middle of the ocean on
Peg Leg Julian’s submarine)

What’s the main “hook”, what is it that makes the reader want to read the story? (To go and rescue poor
Blunderplod from being fed to the evil Yellow Crabs and then to go on and find the treasure of Skull
Island)

Part 1 Introducing the book (Read pages 5 to 9)
What does Peg Leg Julian call Blunderplod? (A pesky wee fairy!)
Ask the children to describe Peg Leg Julian (A Scottish Ogre called a Fachan, with one leg, one arm, one
eye and tufty orange hair)

What is Betsy? (Peg Leg Julian’s pirate submarine)
What does Julian want from Blunderplod? (to know where the treasure map is)
What does Julian take great care in? (His appearance)
What’s his favourite colour? (Pink)

Part 2 Going to see Mr Littleplod (Read pages 9 to 16)
What makes Noah decide to rush up to the Magic Cave? (Response to the message sent by pigeon to help
Blunderplod.)

Why is Noah sure Mr Littleplod will want to help Blunderplod? (Because they are cousins)
Who is staying with Noah’s family (Auntie Elsie)
Who is it that Noah does not see following him up to the Magic Cave? (Kevin the Mynah bird)
What does Noah’s mum say to Kevin when he won’t stop mocking? (‘Yellow card Kevin’)
Why does Mr Littleplod not expect to see Noah? (Because it’s raining and Littleplod thinks Noah doesn’t
like the rain.)

Can you remember the names Littleplod still uses for Noah? (“I”, “Noah Ramsbottom”, “Noah Ramsbum”,
”I   Noah”)
What does Littleplod do when he discovers Blunderplod might be made to walk the plank by Peg Leg
Julian (he faints)

What is the doctor’s full name? (Doctor Chuckle L Gigglyplod)
And what is he? (Giggly by name, giggly by nature!)
What does Dr Gigglyplod think is the matter with Mr Littleplod? (He’s gone flopbot!)
Ask the children to describe the Ballbulance (Round with flashing green light all over it with a hatch and
mechanical grabbing arm)

What sort of driver is Doctor Gigglyplod? (A maniac)
What does Tiggleplod call Noah? (Your Majesty)
What is Tiggleplod? (Noah’s number one fan and number one sweeping elf in the whole world)
Who is the only person that can help Noah and Tiggleplod? (The Krakken)
Through which number door is the Krakken’s cave ? (Number 23)

Going through the magic door (Read pages 25 to 30)

What number is on the magic door? (23)
What do Noah and Tiggleplod put on before going through? (Headscarves with skull and crossbones on
the front)

What was Noah staring at when the door opened? (a large, dark, wet cave)
What does Noah have to do as the door is opened (grab Tiggleplod and stop him going into the water)
In the Krakken’s cave they are not alone, who else is there? (Gruesome Yellow Crabs)
Describe the Krakken. (A huge Octopus with massive tentacles, a big face, a huge mouth and big black eye)
What does Noah find that tells him his Grandad has been through this door? (Grandad’s pipe)

Who stops Betsy from diving? (Long thin eels)
How do they do this? (They wrap themselves around the propellers)
What was Blunderplod bound in? (Pink ribbons tied in neat little bows)
With what did Julian push Blunderplod off the plank? (A big pole)
Who caught Blunderplod? (The Krakken)
What does Julian shout at The Krakken? (‘No one shakes up Peg Leg Julian!’)
What did Julian and his crew do when The Krakken picks up Betsy? (They dive inside and close the
hatches)

Who takes Noah and the elves to Skull Island? (The Sting Ray brothers)
What are their names? (Squirt and Splutter)
What’s the first thing they notice about the island? (The large rocky skull in the middle of the island.)
Where does Blunderplod think the treasure map is hidden? (A cupboard in a palm tree.)
What was watching the visitors as they went inside the skulls mouth? (Skeleton paintings)
What do the skeletons chant? (Leave treasure!)
Who stops the Skeleton using its sword? (Kevin and Tiggleplod)
What stops the visitors leaving the island? (a trap)
Who gets them out of the trap? (Kevin)
How do Peg Leg Julian and his crew arrive on Skull Island? (Speed boats)

Two fantastic Manchester schools, St Catherine's and St Clare's, rounded off an awesome WBD week for me this week.
Some of the creative writing at both of these schools was the best I've ever seen and I'm looking forward to posting some of it on this blog! 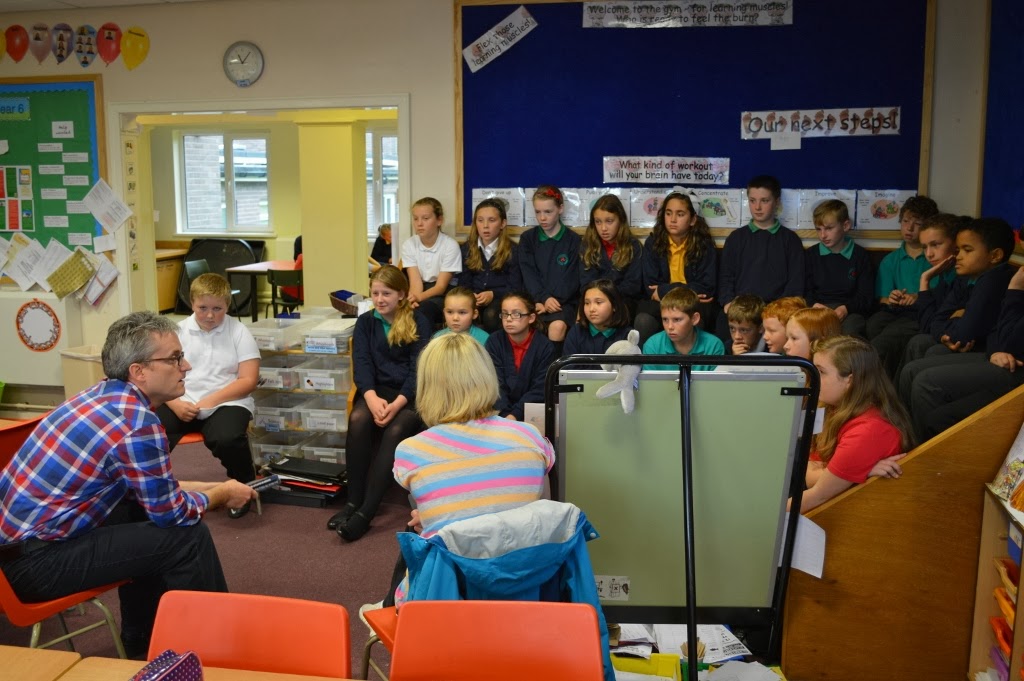 So far I've driven about 500 miles this week visiting the smallest school I've ever visited, Grewelthorpe Primary, the fantastic Ackworth Howard Junior and Infant School and the excellent St Wilfrid's in Manchester. I've done workshops with all ages from Nursery to Year 6, using all my books.

I'm looking forward to seeing photos from the visits and publishing some of the exceptional work on this blog!

Visiting primary schools all over the country is one of the best parts of being a children's author! 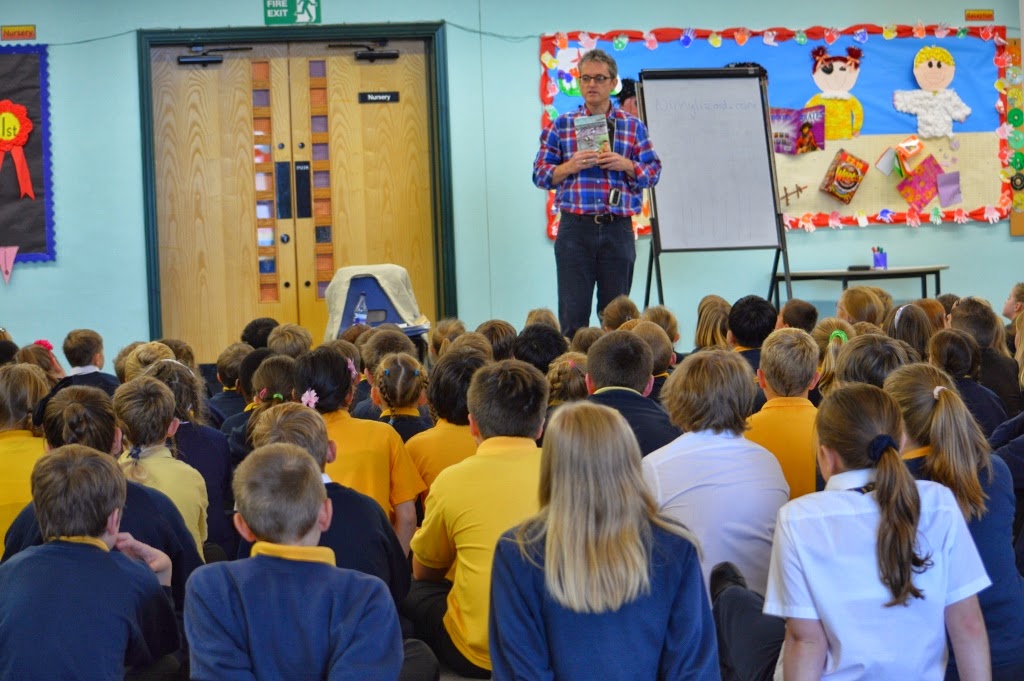